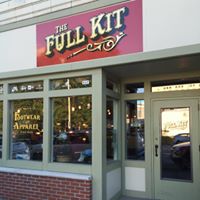 Located on the corner of Washington and Gilbert, we're Iowa City's exclusive connection to the shoes and apparel you can't find anywhere else.

We started Active Endeavors in 1986 to bring the mountain influence to Iowa. Since then we have been proud to be Iowa's premier outdoor store. We carry only the best equipment and apparel from manufactures we trust. More importantly, we have enlisted an outstanding, friendly, and qualified staff. We truly believe that our people make a big difference.

Come by and see why!

The Broken Spoke is a bicycle shop in Iowa City!

We sell new & used bicycles with the largest selection of used bikes in town! We are also a full service repair shop & have a good selection of accessories. 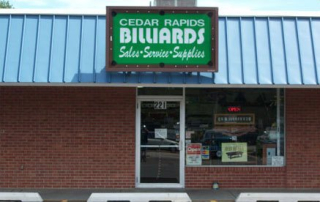 With ambition and a love of the outdoors, newlyweds Roger and Linda Mildenstein established their family business (named through a customer contest) in 1967. With four employees and a small store at 943 South Riverside Drive, they saw the business as a good opportunity for their family and they decided to give it a shot. Linda learned bookkeeping while Roger used his background in customer service from his time working at John’s Grocery to fuel their success. Early on, Roger realized that his primary goal was simply to take good care of his customers. That sentiment is what has carried Fin & Feather to where it is today.

Fin & Feather relocated to a larger space in 1998, allowing for a wider selection of products as well as an archery range in the hunting department and better parking options. While the store started with a few fishing and hunting supplies, the growth of the outdoor industry allowed for many more specialized products. Camping gear and fishing poles are now lighter and clothing is more technical, specialized and stylish. We travel several times a year to trade shows to learn about the latest, greatest developments in each department in order to bring you the products we’re excited about. 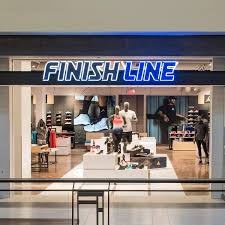 Whether you call them shoes, sneakers, runners, trainers, or kicks, we have you covered with the latest footwear to fit your style. Check out new arrivals from premium brands like Nike, adidas, Under Armour, Puma, Timberland and more. Whether you’re looking for basketball shoes for the court, running shoes for your next race, boots for any weather, some clean white sneakers or classic retro styles, we have everything you need.

And Finish Line has more than top trending shoes - we also carry the freshest athletic apparel and accessories, like on-trend hoodies, joggers, backpacks, sunglasses, and anything else you need to give that perfect gift or finish off your look.

We are your locally owned and operated cycling and snowsports specialists. As a full service bicycle, ski, and snowboard shop we strive to offer you exceptional service from our knowledgeable staff of recreational enthusiasts. From the most casual rider, to the weekend hobbyist, to the ragbrai aficionado, to the uber fit racer, and everyone in between we will help you get the right gear for the job. Stop on by and talk to one of our friendly staff, who will do their best to get you set up right.

Over the years, SCHEELS opened in surrounding communities, including Fargo, North Dakota, where the Corporate Office is now located.

Firmly planted in the hardware business, SCHEELS started adding a small selection of sporting goods to their stores in 1954. Customer interest grew, and more and more sports lines were added with athletic shoes and clothing being introduced to the SCHEELS' product mix in 1972.

SCHEELS' first All Sports Superstore opened in Grand Forks, ND in 1989. SCHEELS' Reno/Sparks, Nevada location opened in 2008 and is the World's Largest All Sports Store. Today, SCHEELS is a 26-store operation with stores in 11 states including North Dakota, Illinois, Iowa, Minnesota, South Dakota, Montana, Wisconsin, Nebraska, Nevada, Utah, and Kansas. Providing SCHEELS' customers with first-class customer service and the world's largest selection of sports, sportswear and footwear are the priorities throughout the organization.

Today, Steve D. Scheel, the great grandson of SCHEELS' founder, is the company's Chairman of the Board, and great-great grandson Steve M. Scheel is CEO. Bill Nelson serves as President and oversees SCHEELS’ daily operations of more than 6,000 associates.

SCHEELS is an employee-owned, privately held business that owes its consistent success to its empowered associates, leaders and partners who think and make decisions for their individual stores and the entire company.