Margaritaville in the Corridor

Who doesn't love chips and salsa?  Whether you're looking to sip on a Margarita after work or crave a taco or two for lunch, the choices in the corridor are satisfying. 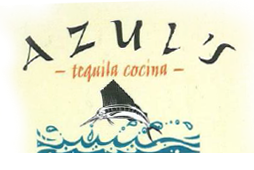 You've never tasted anything as delightful as the succulent dishes at Azul Tequila.

Food that's good for your budget

Don't miss out on the opportunity to save with our available coupons for our menu.

Come on in and see for yourself why Azul Tequila has been receiving glowing reviews.

Casa Azul is located in Coralville, IA. We believe in providing delicious food that is authentic and represents Mexico in a proud way. We provide our customers with a little piece of Mexico by providing a welcoming environment with great food, but also art that represents who we are. From Frida Khalo to Diego Rivera, we created a restaurant filled with history as well as a tribute to some of the best painters from Mexico. Come experience Casa Azul and see a restaurant in a different light. 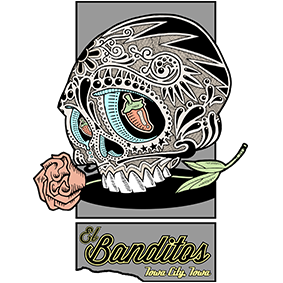 El Bandito’s is Iowa City’s newest Mexican restaurant and bar. We feature hand-rolled tacos, fresh guacamole, enchiladas, burritos and more. All our food is hand made from family recipes and experience. We proudly serve local produce as well as beef, pork and lamb from Solon’s Pavelka Point and Decorah’s Grass Run Farms. We also serve a wide variety of soft drinks (including Jarritos) and alcoholic beverages (margaritas!)

For the past 7 years, family-owned and operated El Cactus Authentic Mexican Cuisine has been serving delicious and authentic Mexican dishes along with tasty margaritas at their two locations in Coralville and Iowa City. Try a new entrée or appetizer when you dine in at El Cactus. We are open on all days of the week.

We have a lot of great tasting food at El Dorado. Some of our customer favorites are choripollo, fajitas, and chimichangas. Entrees around $10. Full Bar.
Our Promise

Place your order online for easiest ordering experience. To start, just click on any menu item to add it to your order.

We offer authentic Mexican dishes made out of the finest ingredients. Our friendly staff will provide you with exceptional service! Enjoy our Mexican specials in a fun, casual surrounding.

Mami’s origin began over 50 years ago when Estela Rodgriguez, oldest of ten siblings, responsibility included providing meals for her nine younger siblings while her parents were working in the fields of Piedras Negras, Mexico. Estela developed a love and passion for food at the young age of thirteen, even more so, providing others with a unique and authentic experience while enjoying Mexican inspired meals.

When you come from humble beginnings, you show your love through your abilities. Her strongest ability was her cooking. She passed this on to her children who have passed it on to their children. The love and passion became more evident to the public in 2003 when her daughters Elisa and Elsa started catering. In 2004, the oldest daughter, Elsa, went public by opening up the first location in Muscatine.

In 2011, the company was handed down from Elsa to her son, Gerardo (Jerry) Vasquez. Jerry had a vision to share his grandmother's love around the nation. In December of 2011, friends Chance Kleist and Tyler Tiecke became partners in Mami's Authentic and the first location was opened in Iowa City August of 2012.

Today the Mami's team has three location in two states with many more to come!

Taco Bell is an American chain of fast-food restaurants based in Irvine, California. A subsidiary of Yum! Brands, Inc., they serve a variety of Tex-Mex foods, including tacos, burritos, quesadillas, nachos, other specialty items, and a variety of "value menu" items. Taco Bell serves more than 2 billion customers each year at 7,000 restaurants, more than 80 percent of which are owned and operated by independent franchisees and licensees.