Cedar Rapids, IA – The Cedar Rapids Parks and Recreation Department will turn on the splash pads in the parks on Saturday, May 28. Splash pads are located at Cedar Valley Park, Cleveland Park, Daniels Park, Greene Square, Hayes Park, Hidder Park, Jacolyn Park, Noelridge Park, Redmond Park, Time Check Park and Twin Pines Park. The spray features are activated when a hand is run across the sensor on the fire hydrant or the button is pressed to activate the water. The water is turned on at 9:00 a.m. each day and turned off at 9:00 p.m. For more information, call 319-286-5566.

IOWA CITY -- A new agenda has been posted for the upcoming special meeting of the Parks and Recreation Commission, Monday, May 23, 2022. The meeting will begin at 5 p.m. in meeting room B at Robert A. Lee Community Recreation, located at 220 South Gilbert Street.

View the agenda for this meeting online.

If you will need disability-related accommodations in order to participate in this program/event, please contact Juli Seydell Johnson at 319-356-5110 or Juli-SJohnson@iowa-city.org. Early requests are strongly encouraged to allow sufficient time to meet your access needs.

Craft to Go for Adults

Make a paper garland.… Read on

Join us for a discussion of… Read on

The Iowa City Police Department will recognize both National Police Week and Peace Officer Memorial Day with a ceremony on Thursday, May 19, 2022, at City Hall, 410 E. Washington St.

A ceremony hosted by Iowa City Police Department chaplains will take place at 2:45 p.m., May 19, in Emma Harvat Hall. The event will honor officers who have lost their lives in the line of duty for the safety and protection of others and feature remarks from the chaplains, Mayor Bruce Teague, and Police Chief Dustin Liston.

More information on officers who have died in the line of duty can be found here.

Bike to Work Week Activities Kick Off This Weekend

CEDAR RAPIDS, IA – In celebration of National Bike Month, residents are invited to participate in a variety of bike friendly activities throughout the month of May designed to encourage cycling, enhance bike safety education, and continue growing a bike-friendly culture.

In particular, Bike to Work Week (May 14–21) offers a variety of events focused on bike education and opportunities to gather with community members who share a love for biking.

Pick up free swag and refreshments at any of the following locations:

Grab your coworkers and bike to lunch, near or far!

Join cyclists worldwide in a silent ride in honor of those who have been injured or killed while cycling on public roadways.

Pick up free swag and refreshments at any of the following locations:

All are welcome to join a bike ride showcasing new and upcoming bicycle infrastructure in Cedar Rapids. This guided journey will start at the Flood Control System — Sinclair Pump Station in New Bohemia, 1459 2nd Street SE. The ride will feature recent and upcoming projects, including the Alliant Energy LightLine, Cedar Lake improvements, CeMar Trail and more. The 12-mile ride includes stops along the way to discuss projects and a food stop at MoCo Game Room & Hot Dog Bar. Register online at CityofCR.com/BikeCR. 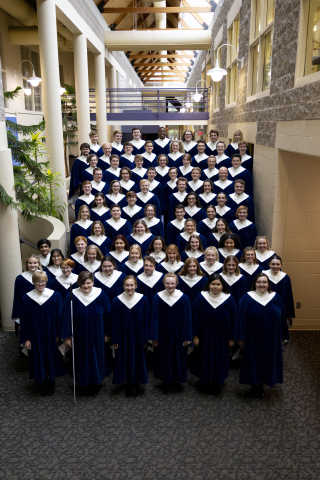 DECORAH, Iowa –The Luther College Nordic Choir, one of the premier collegiate choral ensembles in the United States, will perform at 7 p.m. Wednesday, May 25, at Zion Lutheran Church in Iowa City.

Among the performers will be Sam Sunderland of Iowa City, Maggie Callanan and Eric Shaffer of Coralville, and Kale Altman of Solon.

The concert is part of Nordic Choir’s 75th Anniversary Tour. The group was founded by Sigvart Steen and memorably conducted for 57 years by Weston Noble ‘43. Previous conductors also include Craig Arnold and Allen Hightower. Since 2017 the choir has been under the direction of Andrew Last, associate professor of music and director of choral activities.

“After a year with no opportunity to tour, Nordic Choir is excited to share music with audiences around the Midwest,” said Last. “As we celebrate the 75-year history of this ensemble, the concert program promises to include something for those who wish to celebrate the past and for those who look forward to the future!”

Audience members can look forward to hearing classical pieces including “Alleluia” by Randall Thompson and “Lost in the Night” arranged by F. Melius Christiansen as well as new music including “The Gift to Sing” by Gregory Berg, commissioned by the Luther College Class of 1970, and “I Won't Forget” by Zachary L. Moore.

“I Won’t Forget” was commissioned by the Studt Family of Eau Claire, Wisconsin, in memory of Rachel Studt ‘89 who recently passed away from rare, young onset dementia. Her husband, Larry, wrote the lyrics, and their daughter, Laurel ‘22, sings in Nordic Choir and will perform the piece among her peers.

“I would say it's a very reflective piece,” said Laurel. “It's a lot about dealing with trials and tribulations of an illness which a lot of people had to go through during the pandemic. Our situation wasn't specifically related to COVID, but it's a very emotional piece, just reflecting on the difficulty of the pandemic, not being able to see the people we love and being in that kind of isolation. But it does end up in wrapping up with just being grateful for all of the memories that we've been able to make over these past years and the time we get with our loved ones.”

The world premiere of “I Won’t Forget” was at the ACDA Midwest convention in Chicago in February.

Tickets are $20 for adults and $10 for students and can be purchased in advance at tickets.luther.edu, by calling 563-387-1357, or at the door beginning one hour prior to the performance.

The choir tours annually, performing in churches of all denominations, schools and concert halls, including Lincoln Center in New York, the Kennedy Center in Washington, D.C. and the Walt Disney Concert Hall in Los Angeles. Internationally, the ensemble has toured in Germany, Italy, England, Ireland, Scandinavia, the Caribbean, Mexico, Russia and Eastern Europe. 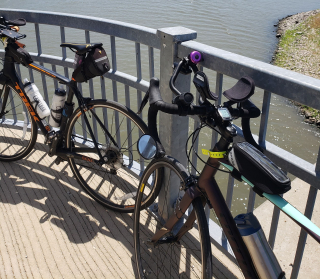 CORALVILLE -- Start your summer riding with this leisure bicycle experience on Thursday, May 12. The ride will leave at 6:00 p.m. from Brown Deer Golf Club and will be about eight to ten miles in length. Bring a helmet, water bottle, and money, in case we come across an ice cream or cookie shop. This is a no drop ride (no rider is left behind) and will make frequent stops. The ride is led by Bicyclists of Iowa City members. Future rides will be held on the 2nd Thursday of June, July, and August. This event is part of May is Bike Month. Bicycle activities for all of Johnson County communities can be found at www.bikeiowacity.com.

CEDAR RAPIDS, IA – The Cedar Rapids Parks & Recreation Department has opened Old MacDonald’s Farm in Bever Park for the season. The farm, a petting zoo, is open daily, 10:00 a.m. – 6:00 p.m. through September 25. Admission is free, but a $1 minimum donation is appreciated.

Old MacDonald’s Farm is home to farm animals and North American waterfowl. The baby animals arrived at the farm on April 24. They include calves, chickens, pygmy goats, lambs, rabbits, ducklings, and piglets. They will be out only during warm weather. Visitors are asked to be patient and to give them time and space to adapt to their new home and to being around so many people. Due to the bird flu outbreak in Iowa, the ducks and chickens will not be out in order to prevent them from contracting it.

Old MacDonald’s Farm visitors will enjoy two events this year. On Friday, August 26 it’s Movie Night at the Farm. The movie is A Bug’s Life. The second event is the County Fair on Saturday, September 24. In addition, farm tours, birthday parties, goat yoga parties and the following programs are available: Animals on the Farm; Be a Bee; Birds – Nurturing Nature; Creek Study and You; Farmer for a Day; Fuzzy, Furry, Slimy, Scaly; Farm to Table: All About Herbs, Goat Yoga.

For more information about programs and events at the farm, see the Play! guide at CRREC.org or call the Cedar Rapids Parks & Recreation Department, 319-286-5566.