Reposted from May of 2014.  Why?  Because it points to Rod Sullivan's lack of character and integrity. 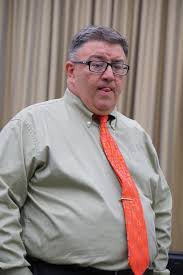 Sullivan is right, elections do not give people license to lie about the facts, and yet that's exactly what he's done here by omission.  He intentionally misleads people with a half-truth, half a calculation.

Sullivan is spinning the very legitimate argument that property taxes in Johnson County are the highest in the state.  It's about what people are paying out of their pocket.  But Sullivan wants to distract you with a rate chart.

Sullivan wants to point you to a chart done by the Iowa State Association of Counties.   It lays out the property tax rates for all Iowa Counties and Johnson County does in fact rank pretty much in the middle of the pack for all Iowa Counties.   The problem is, the chart does NOT factor in home values......  And Sullivan KNOWS this, yet fails to acknowledge it in making his argument.  It's a blatant manipulation of reality.

Reality:  Johnson County taxpayers rank highest in the state on the “median property taxes paid,” at $2,702 per home. This is 195th highest nationally and is enough to rank in the top 10 percent of all U.S. counties. Johnson is followed by Dallas and Polk Counties (greater Des Moines area) on this ranking.

The Tax Foundation gives you the WHOLE truth, not a half.  The information Sullivan is trying to feed you with his Iowa State Association of Counties rate chart isn't untruthful, but it's only half a story, an incomplete formula, part of a recipe.  The lie comes in how Sullivan is using it to try and convince you that property taxes in Johnson County aren't high.