Home About Us Advertise Contact Us Jobs Weather Subscribe to Feed Archives Grilling BachelorontheCheap
Iowa should quit pretending it can contend for the college football playoff, let alone the Big Ten West Title as long as Kirk Ferentz is the coach
Holiday Home Market at the Coral Ridge Mall 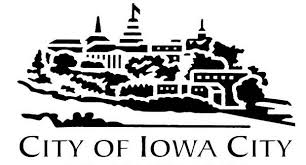 At 10:17 a.m. on Saturday, November 9th, the Iowa City Fire Department responded to a report of a garage fire at 54 Regal Lane.  The first unit arrived on scene 3 minutes after notification and reported a single-family residence with fire and smoke coming from the attached garage.  All occupants had safely evacuated the residence prior to the arrival of the fire department.  The fire was brought under control within 18 minutes of arrival.

No civilian or firefighter injuries were reported.  The damage was contained to the garage area and its contents.  Total property damage is estimated at $50,000.  The cause remains under investigation by the Iowa City Fire Marshal.