Iowa City Update is a weekly video featuring City of Iowa City projects, programs and events. Topics this week include tips to ensure a safe Halloween, how to sign up for a free energy audit, and more. Click the image below to watch Iowa City Update. 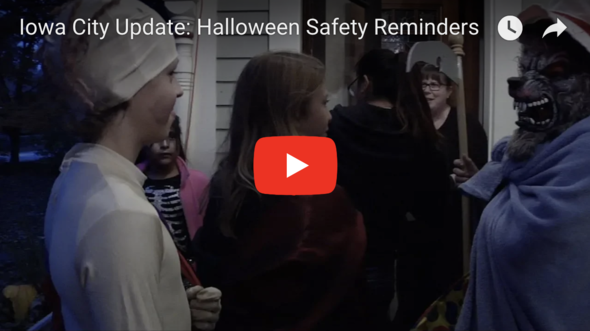 Watch these tips to ensure your family has a fun and safe Halloween experience.

Learn the different ways you can compost your jack-o-lanterns, including using curbside collection for organics.

Take the Iowa City Transit to the polls on election day at no cost.

Discover how you can get a free energy audit and weatherization through the City’s partnership with Green Iowa AmeriCorps.

IOWA CITY -- Weather permitting, beginning on Tuesday, October 30, 2018, Hebl Avenue will be reduced to one lane of alternating traffic between IWV Road and the entrance to the Iowa City Landfill and Recycling Center.  This lane reduction will facilitate the repair of street pavement along Hebl Avenue.  It is anticipated normal traffic will resume by Tuesday, November 13th.

The Bears (4-3) got the win they needed after dropping two in a row to fall out of the NFC North lead, even though star pass rusher Khalil Mack (right ankle) and No. 1 receiver Allen Robinson (groin) missed the game.

I love breakfast sandwiches, for me there's nothing better to start the day than with some kind of breakfast meat, an egg, some cheese all dressed in some sort of bun, muffin, biscuit or tortilla.  It's all good and perfect whether you're eating casually at home or need something "to go."  Besides, you just can't do "to go" with a bowl of cereal....

Doing my weekly grocery shopping at Aldi the other day, I picked up a box of Breakfast Best brand Muffin Sandwiches.  They're Canadian Bacon, egg white and cheese, served on an English muffin.  I've never tried them before, but they looked tasty and I needed a change of pace from sausage and bacon.

Fresh out of the microwave!

The sandwich is a copycat version of a McDonald's Egg McMuffin and it hit the spot!  It could use another slice of Canadian Bacon but overall it's a nicely balanced sandwich and at just $3.89 for a box of four muffin sandwiches, they're a repeat buy! 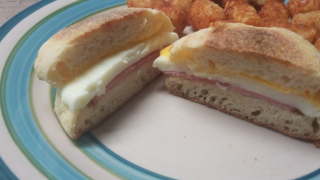 The sandwich could use another slice of Canadian Bacon

The three finalists for Iowa City Public Library’s Director -- Elsworth Carman, Kim Kietzman and Sheila Schofer -- will participate in a public forum from 7 to 8:30 p.m. on Monday, Oct. 29, in Meeting Room A at ICPL, 123 S. Linn St.

A graduate of the University of Wisconsin-Madison School of Information Studies, Carman focused his early career on teen services. He then moved into teen and children's services management before shifting into administrative roles in library leadership, most recently as the director of the Marion Public Library.

Kietzman has served as director of the Altoona (Iowa) Public Library for nearly nine years. She also held roles as the administrator of a 15-county Iowa library service area with a focus on management consulting, the founding director of a new library, and as a programmer in a neighborhood urban library.

Schofer has more than 20 years of experience in library management, staff development, cultural programming, fundraising and community partnerships. She is part of the executive management team at the Brooklyn Public Library in New York City; the fifth largest library system in the nation.

Monday's Candidate Forum is hosted by the ICPL Friends Foundation. It is open to the public.

The Library’s Board of Trustees expects to hire a new director in November. The new director will begin working at ICPL in January of 2019.

Current Library Director Susan Craig will retire at the end of December after 41 years of service. Craig was named the Library’s Director in 1994.

Iowa City In Focus brings the people, places, and projects of Iowa City into clear view. This monthly video feature spotlights the community through in-depth storytelling. Click the play-button below to watch the entire video or select the individual images to skip to specific topics. 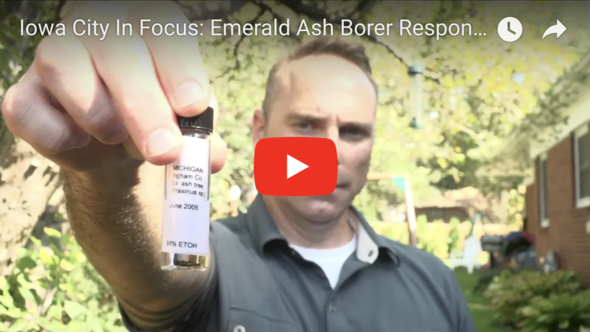