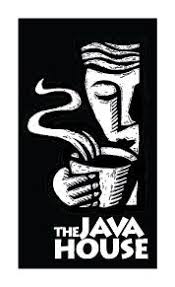 Java House founder Tara Cronbaugh first developed a passion for coffee, or more accurately, coffee house ambience, in 1990 during a visit to her brother at the University of California Berkeley. She was fascinated with how social yet relaxing it was to visit the locally-owned and unique establishments. “Why is there not such a coffeehouse in Iowa City?” she asked herself, and in a sorority room at the University of Iowa, the Java House concept was created.

In April 1994, Tara launched the first Java House location on the second floor of Prairie Lights. She opened the Washington Street store in October of the same year. The Mormon Trek and First Avenue locations followed in 1998 and 2003. In 2005, The Java House earned the University of Iowa Hospitals and Clinics contract to operate kiosks in the hospitals, which led to the three outlets that currently have a home in UIHC.

Every day, before the sun rises, our Java House Bakery staff visits each location to fill the pastry cases with dozens of tempting treats. Cinnamon roll, muffin, scone — each is a perfect accompaniment to a cup of coffee or a latte, and each one is baked fresh each day at The Java House Bakery.