Arguably the most famous of all fictional detectives, Sherlock Holmes was known for his proficiency with observation, forensic science and logical reasoning that bordered on the fantastic. As British author Sir Arthur Conan Doyle once wrote, Sherlock Holmes’ business is to know what other people don’t know.

The Iowa City Public Library will celebrate the 125th anniversary of the publication of Doyle’s “The Adventures of Sherlock Holmes” with a series of programs that honor the detective in all media, from short stories and novels to television and film.

Will the Real Sherlock Holmes Please Stand Up?

Who, exactly, is Sherlock Holmes? Join Monica Schmidt, president of the The Younger Stamfords of Iowa City, a Sherlock Holmes literary society, as she explorers where literature ends and the pop culture begins.

Sherlock Holmes in Turn of the Century Britain

Richard Caplan, author of "Dr. Watson, Mr. Sherlock Holmes: The Adventures of Young Stamford and Other Sherlockiana," will lead us through an exploration of the persisting phenomenon of the great detective. This event is made possible by funding from Humanities Iowa and the National Endowment for the Humanities.

Come to the Library for a day-long screening of some of the best Sherlock Holmes to appear on film and television. This marathon will feature the following:

12 p.m.: Lunch break: Sherlock Holmes on the Big Screen, presented by University of Iowa Associate Professor Corey Creekmur, who is the head of film studies.

With the new school year underway, now is the perfect time to check your wallet, purse and backpack to make sure you have the most important school supply item: your Iowa City Public Library Card!

September is Library Card Sign Up Month. If you don’t have a Library Card, now is the time to get one.

A photo ID and Iowa address verification are required for all Library Card sign up options.

Use your Library Card to check out books, movies, videogames, framed art, laptop computers, and music; access databases; explore the Library’s digital collection, including eBooks and audio books, and digital magazines; and get connected to the Library’s on-site public computer stations. If you lost your card, we’ll replace it for free all month long.

Check out the upcoming events, meetings, activities, and performances at the City of Coralville. Highlights for the next two weeks include:

Celebrate All That Is Hawkeye

FRYfest in the Iowa River Landing

Cap off FRYfest with Arch Allies and The Pork Tornadoes in concert, bags games, a kids zone, and fireworks. Free for kids 12 and younger. Learn more

Make one last splash outside

The summer is winding down, but there’s still time to enjoy Coralville’s outdoor pool, open September 2-4. After Labor Day, the Aquatic Center closes for the season. Learn more

Take a dip inside

Welcome back, swimmers! The indoor pool is open after an eight week closure for repainting and resurfacing. Learn more

On September 4, City offices, the Library, Coralville Transit, and the Farmers’ Market will be closed; the Aquatic Center, Recreation Center, and Indoor Pool will be open. Learn more

Remember to roll out your trash cart, set out recycling bins, and put out yard waste one day later than usual September 4-8.

Early voting at the library

The Coralville Public Library will host early voting for the upcoming school election. Ballots will be available for all Johnson County school precincts, and voter registration will be available. Learn more

Where to vote on Election Day

Are you running for city office?

Coralville residents running for Mayor or City Council in the November 2017 City Election can file their candidacy with the Johnson County Auditor through September 21.

Being familiar with past and current council actions, along with a strong civic understanding, are crucial for a newly-elected official to hit the ground running. The City has resources to help candidates get familiar with our city government. Learn more

On Stage at the Center for the Performing Arts

Presented by Young Footliters Youth Theatre. Adapted by Joseph Robinette from the best-selling book by E.B. White; directed by Matthew Falduto. Join Wilbur, Charlotte, and their friends in a play about friendship, family, and one extraordinary pig! Learn more

What's Happening at the Library

Got fines? Pay with food!

The month of September

The library will erase your fines for overdue (not lost or damaged) materials with a food donation to support the Coralville Community Food Pantry. Learn more

The Quiet American by Graham Greene

An American CIA officer goes to Vietnam in the 1950s, where he meets a British journalist. A tale of espionage and love, this crime novel is an eerie predictor of the Vietnam War. Learn more

Connect with the City of Coralville and subscribe to City updates on anything from agendas and minutes to community events and more. Sign up and select the topics that interest you at www.coralville.org/notifyme.

Bachelor on the Cheap: The 'Living on Appetizers' Challenge - Breakfast Puffs 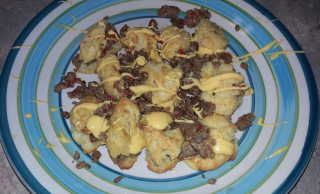 For breakfast on this day, I decided to go with "Breakfast Puffs."

What the hell is a breakfast puff you ask?  It's a bite sized pastry filled with meat and cheese and let me tell you, that bite is AWESOME!

Preheat oven to 400 degrees.  Brown sausage in a small frying pan over medium heat.  Add roasted red pepper, black pepper, pepper flake and bourbon, stir until incorporated and once browned, set aside.  In a separate pan, melt butter in 1/4 cup boiling water and a pinch of salt.  Add flour, stir vigorously.  Stir until the mixture forms a ball that does not separate.  Remove from heat and cool.   Add egg, Parmesan cheese and garlic powder, beat vigorously to incorporate.  Drop dough onto greased cookie sheet, using 1 level teaspoon dough for each puff.  Bake at 400 degrees for 20 minutes.  Remove puffs from oven, cool and split.  Fill each puff with the sausage filling and serve. Serving Option:  Drizzle with melted Velveeta cheese.

This appetizer 'meal' cost me about $3 to prepare which is VERY Bachelor on the Cheap friendly!  Did it fill me up?  Yes!  But I must admit there are no leftover puffs these were so good!  I did have more than enough filling however, which will refrigerate nicely for another application. 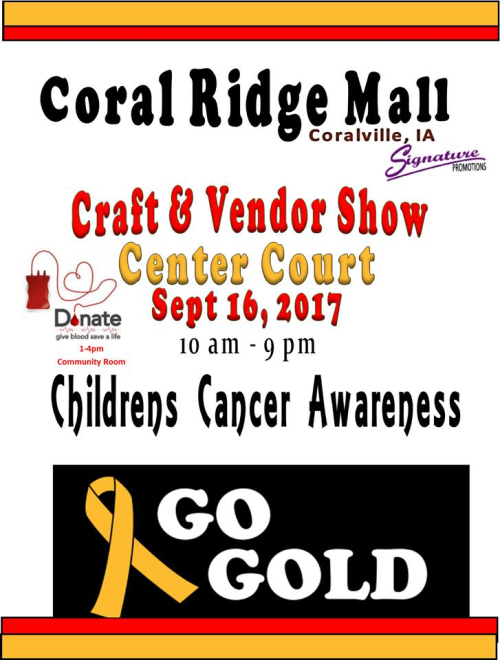 Iowa City needs your help as it looks to improve bicycling in Iowa City.

The League of American Bicyclists is currently reviewing Iowa City’s application to renew its ‘Bike Friendly Community’ status. The City currently has a silver designation, and is hoping to achieve gold.

As part of the review process, the League is asking the community to participate in a brief online survey to better understand local bicyclists’ experiences in Iowa City. The survey takes less than five minutes, and is due by Saturday, Sept. 30, 2017.

Whether you bike daily or occasionally, your input is needed. We also encourage you to share the survey with your friends and neighbors.

Achieving The League of American Bicyclists gold status is a strategic priority for the City Council, and is part of a larger goal to improve, expand and encourage bicycling in Iowa City.

If you have questions, contact Associate Planner Sarah Walz at 319-356-5239 or sarah-walz@iowa-city.org.

Tongs: You can grill without them, but you really shouldn’t. NO grill master is without a good pair of metal tongs. Buy what suits your grilling needs. If you have a small portable grill, you don’t need long handled tongs. It’s not like you’re having to reach through of wall of flame to flip burgers when using a small grill, so buy a size that suits the grill. A 9” pair of tongs works fine for small grills, a 12” pair performs well with medium grills and for larger grills, get a 16” pair, that’s when you’ll need the reach. Anything larger than that can’t be handled well. The smaller pairs of tongs give you greater control than the longer pairs do, especially with big steaks and things like baked potatoes. For added control and gripping power, be sure to buy a pair with some kind of scalloped edge in the tip end, a pair that can grip something as small as a scallop or as large as a rack of ribs. Stay away from ‘scissor’ style tongs with the loopy ends, they’re practically worthless for grilling anything besides hot dogs. Don’t bother with the oversized but fancy looking wood handled varieties - the varnish on the wood wears off from the heat and the soap and water used to clean them…. and who wants that varnish stuff flaking off onto the food? You want locking metal tongs with spring action. When unlocked they naturally stay open to grab items easily and can be locked in a closed position for easy storage.

CHICAGO -- Rookie Ian Happ drove in four runs and joined the 20-homer club while Javier Baez added a two-run double and stole home to spark the Cubs to a 17-3 victory over the Pirates on Wednesday and complete a sweep.

Kyle Schwarber belted a pair of two-run homers and Anthony Rizzo added his 31st blast of the season to help the Cubs improve to a season-high 12 games over .500 and maintain a 3 1/2-game lead over the Brewers in the National League Central.