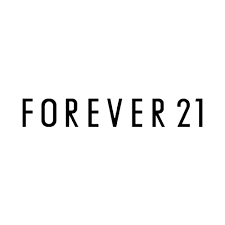 FOREVER 21 has seen some remarkable accomplishments over the past 30 years.

With a goal to become an $8 billion company by 2017 and open 600 stores in the next three years, it’ll be exciting to see the company achieve in three years what it initially took 30 years to do.
did you know...
FOREVER 21 is the 5th largest specialty retailer in the United States.

A customer from Toronto named her daughter Tiev Forever Golding because she almost had her baby in a Forever 21 store. Once the child’s passport expires, they plan to legally change her first name to “FOREVER”.

FASHION 21 rung up $700,000 in sales in its first year. The prior three businesses that occupied that building failed within the first year.

Even with the company’s tremendous growth, it still remains a family owned business.